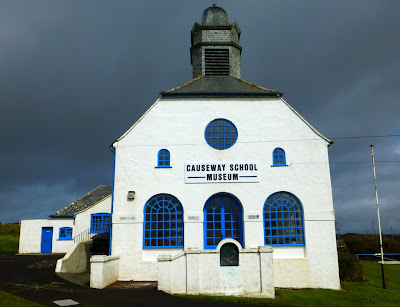 Don't let the North Eastern Education and Library Board
sacrifice part of our heritage.

Snapshots of the old lease, including limitations as to use, and some details of the original trustees. [Click 3 dots on bottom right to select All Sizes for a clearer view]

Eleanor Killough**, Executive Officer with the North Eastern Board, commented:

“We are absolutely delighted that the Causeway School Museum has been recognised by such a prestigious organisation. The only other heritage site in Northern Ireland to receive this accolade was the Ulster Museum so we’re definitely in good company!”

“The Sandford Award highlights the importance of the School to local, national and international heritage. It is safe to say we will be celebrating for some time to come!” ... Education News June 2011

[** Eleanor is no longer an NEELB employee]

Even though the premises are scheduled for closure at the end of June by the left hand, the right hand, apparently, is still taking bookings. Don't be surprised if a maintenance crew is putting up the shutters or taking out the desks whilst children are enjoying a final session!!!

The closure of this wonderful little museum only became public knowledge in March 2013:

Causeway School Museum to be history

The proposed closure came like a bolt from the blue to the trustees just two months earlier:

A Board letter dated 28 February announced the postponement of the closure of the school from 31 March to 30 June. I can find no indication of any consultation with other stakeholders or with the general public.

Some of the artefacts will have been gifted, in good faith, by families for display in the museum? Will they be consulted about the fate of these treasures?

The Causeway Memorial School Trust has proposed a one year delay whilst alternative arrangements could be considered by the Board, the Trust and other stakeholders:

Will our elected representatives be able to make Board officials and members see some sense? Give sensible deliberation a chance!

Letter from a Friend - a little history and a proposal for the future. 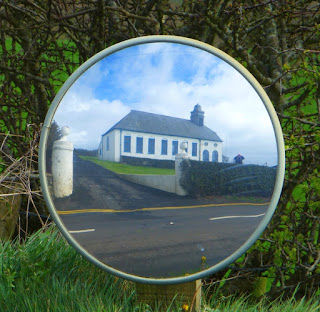 Sign the petition and invite your friends to do the same

Giants Causeway - Save the Causeway Memorial School Museum 3
Posted by Nevin at 1:31 am