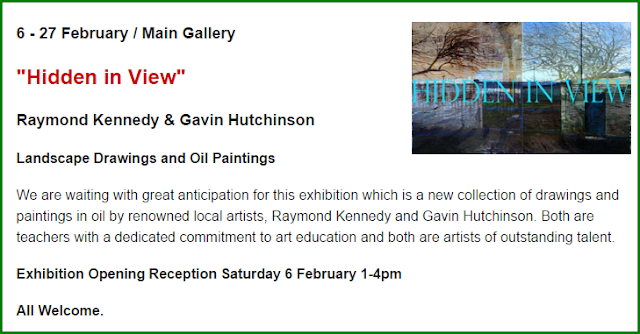 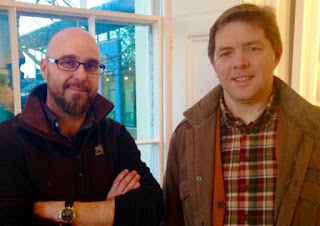 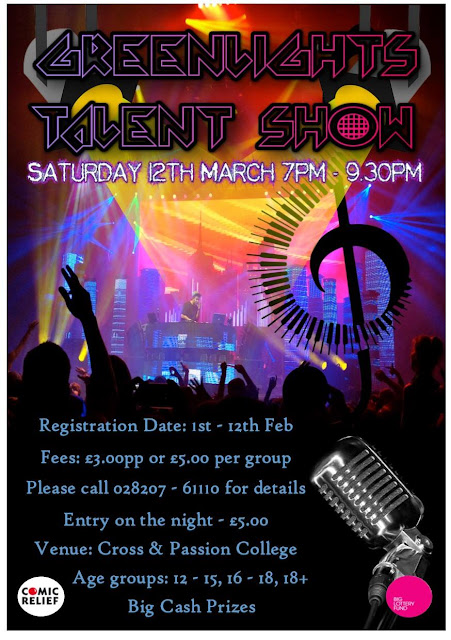 Greenlight Gateway :: Who we are 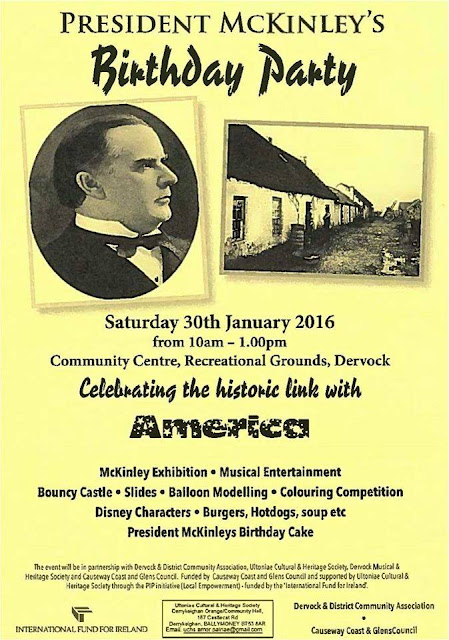 McKinley Day in the USA

Mike Thompson, a grandson of Islandranny, at No 10 Downing Street 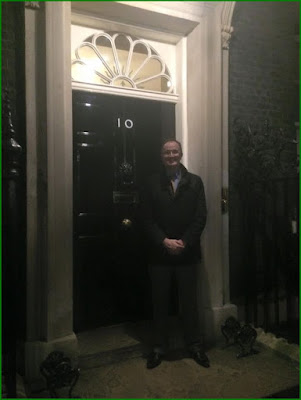 Prime Minister and Business Secretary host reception with some of the UK’s top businesses to celebrate employing thousands of apprentices.

The Prime Minister will also announce that a new Apprenticeship Delivery Board will be established, bringing together some of the country’s leading business. With members from top employers including Channel 4, Barclays and Wates Construction, the board will encourage more businesses to develop quality apprenticeships. Members will act as apprenticeship champions within their sector, working with employers of all sizes to increase both the number of apprenticeship places on offer and the supply of talented candidates.

Where does Islandranny come in? What and where is Islandranny? This one is a clachan or hamlet in the north of the townland of Ballyoglagh, a few miles east-south-east of Bushmills and south of Whitepark Bay on the north Antrim coast. The name may well derive from the Irish Oileán Raithní - 'isle of ferns'.

Mike's late father John Thompson was born on the family farm in Islandranny and studied for the ministry in the Presbyterian Church in Ireland. He later became professor of historical and systematic theology at Queens University in Belfast and was chosen as moderator of the General Assembly in 1986.

One of my early memories is of his grandfather James Thompson having tea in our farm house. My mother asked him how he liked his boiled egg. "One beside the other, Jeannie", said the man from Islandranny. I wonder if Mike asked Samantha for two in No 10!
Posted by Nevin at 2:05 pm 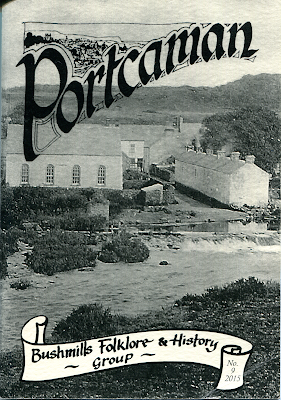 Available in Carleton's newsagents and other shops in Bushmills 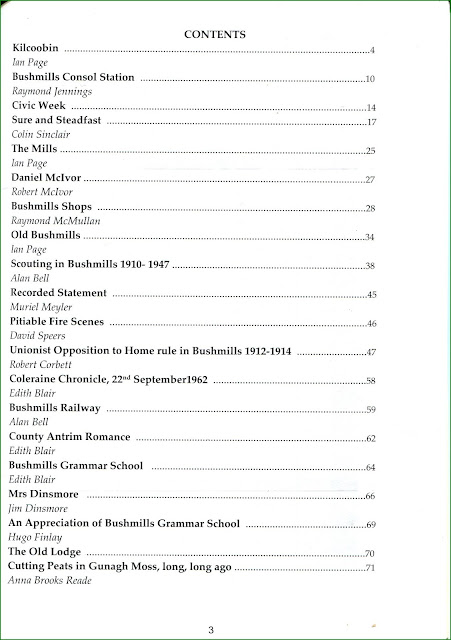 Ballycastle in WWII - US and Belgian bases

I've just received the following email. If anyone can help please contact me at nalilblog@gmail.com

I am aware that both the United States Army and later the Belgian Army were based in Ballycastle during the Second World War.

The United States Army had their Field Force Replacement Depot 6 in Ballycastle. and were accompanied by Company I of 3 Battalion, 118 Infantry Regiment.

I would like very much to know where abouts these Units were based.

Hope to hear from you soon.

"Think the Belgians were here before the Yanks. The man who could have told us all about the wartime visitors was Armando Bertuccelli, I remember him saying he had collected cap badges from every regiment stationed in Ballycastle, and there were quite a few. The Yanks were billeted in the Quay Rd Playing Fields, probably in tents for the ordinary GI. When I was a kid in the 50's you could still see the concrete bases of Nissen huts on the mound where the modern flower beds are, they were probably for washrooms toilets and kitchens. Officers mess was in several private houses on Quay Rd. NCOs mess was in the Manor House factory wing. Troops were also billeted in Derganagh House grounds, now High School Playing Fields. and out at Corrymeela and on my Anderson ancestors farm across the road from it. One theory for the American presence was that they were using White Park Bay as a practice landing site for the D-Day invasion, as it was similar to one of the invasion beaches. They jived the night away in the Dalriada Hall, Barney Wilson's Dance Hall where Spences shop is now. And Paddy Duffin opened a coffee bar/ice cream parlour for them on Ann St, now subsumed into McCaughan's chemist."

A Ballycastle friend very kindly sent me scans of  a photo and the names on the reverse: 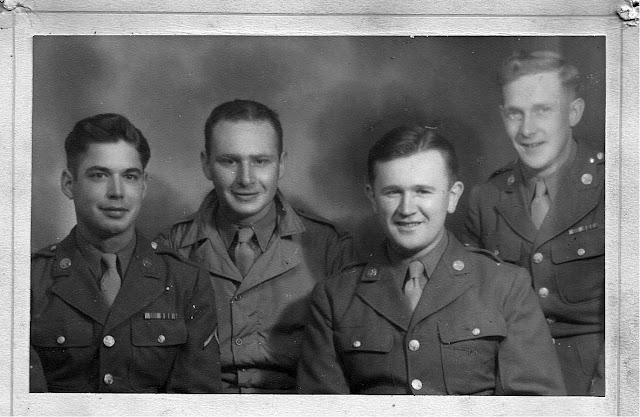 The boys from Company L

John Holbrook has sent me a list and a map of some of the US army locations on the north side of Ballycastle: 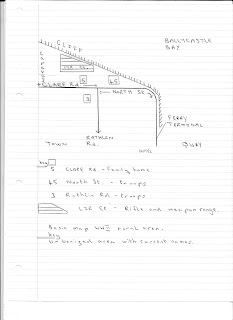 This area was very rural during WW2.

Map is based on WW2 period  but using current house nos., developments, etc.,etc. to show locations,etc.

These notes are from family oral history

Added 26.01.2016
I've found the first three names on the back of the photo in US military records enlisting at Fort George G Meade, Maryland on 25 March 1942. Perhaps I'll be able to confirm that these three are indeed the young men in the photo. The records show a Stephen John Wilcosky from Fayette, PA, a Harold Philip Seaholm from Westmoreland, PA and a William H Weaver from Washington, PA. I've also been told that Malkin's first name was David.
Posted by Nevin at 3:33 pm