Two Cultural Crossings events promoted by the Provost of the Coleraine Campus, University of Ulster, in partnership with Causeway Coast Arts.

"This presentation seeks to explore more fully the heritage and cultural identity of those who may deem themselves in the early twenty first century to be ‘Ulster-English’. A primary question to be considered is why this ethnic identity remains so much less prominent in our collective consciousness today than either ‘Ulster-Scots’ or ‘Ulster-Irish’. Looking towards the future, it will be argued that much of the richness which characterises the province’s cultural life derives from the constant exchange and interplay between these three ethnic groups and the sense of ‘throughotherness’ which resulted."


The Planter and the Gael: Together in Ulster Speech
Thursday February 20

"The Gaelic language still exerts a big influence on the sound and colour, rhythm and texture of our Ulster speech. However the speech is basically the English which the Planters brought to our northern province. It mingles with the Gaelic in an interesting and colourful harmony which is recognised beyond our shores.

This is a talk full of humour which will give us a better understanding of the way we speak and help us to appreciate the united heritage we have in the words we use each day."

Planning on the Causeway Coast and Glens - a Dog's Dinner

Mark Durkan
Minister for the Environment

The Derryman is committed to ensuring that the right decisions are made as quickly as possible and that DOE delivers a better environment and a stronger economy.

The Causeway Coast and Glens is an area of outstanding natural beauty; it contains many areas of special scientific interest; it has a world heritage site; and it's a mecca for tourists, including the diaspora. Why then is the planning process apparently so unfit for purpose? Are there too many government and local government agencies and agents or are the controls too limited? I've noted the erection of a dwelling within about a metre of a neighbour's septic tank despite the involvement of planning officers and officers from building control and environmental health at the local district council. 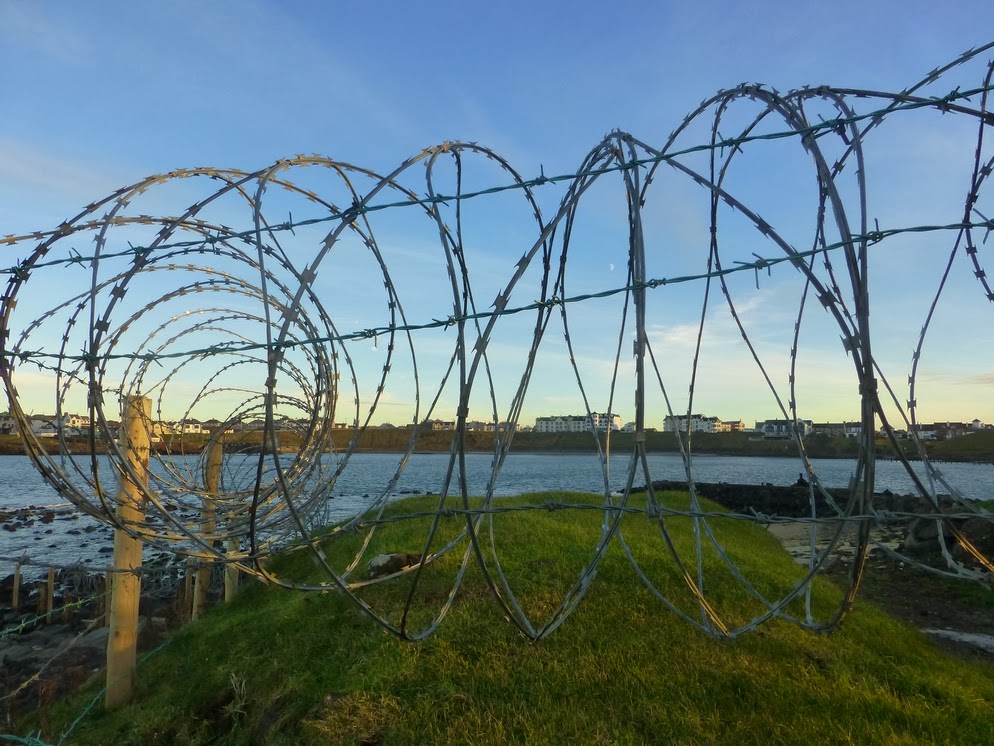 Such looseness is likely to lead to blots on the landscape as well as to arguments between neighbours. Retrospective planning permission has been given when buildings have not been erected according to approved plans and other agencies of the Department of the Environment have failed to act promptly to public intervention when ancient man-made structures were being destroyed. 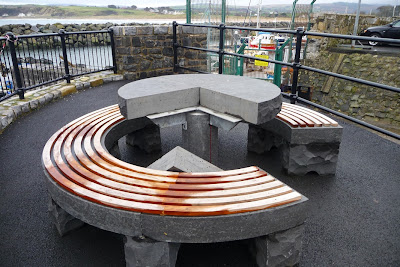 The planning portal could be more user friendly. It should be possible to find a planning proposal by entering an address. I often access the portal via the geopii website instead.

Here's a snippet from a recent neighbour notification letter in Moyle district:

While it is not necessary for you to do anything further in response to this letter, you may wish to bring to the attention of the Department any relevant material planning matters which you think should, in the public interest, be taken into account before the application is decided. Material planning matters include adverse environmental effects, traffic impact and impact on the established character of a neighbourhood. It is important to remember that, when we take a decision on an application, we can only consider those comments that are strictly planning matters. Information leaflet 3 Commenting on a planning application is currently being updated and will be published on the Planning Web Portal (www.planningni.gov.uk) as soon as possible. It provides some basic guidance on how to comment on an application and what we do with your comments.

The neighbours have not been provided with any guidance; they've also not been told that this particular application has been fast-tracked through the streamlined process ie it will not be submitted to local councillors for their comments. Some points worth highlighting:

1. The extension appears to be already partly built so presumably this will present some problems for building control.
2. What has been built has been left out of the 'present state' drawings.
3. Virtually all of the extension appears to lie between the building line associated with a neighbouring dwelling and the road.
4. The location of the septic tank on an earlier planning application does not coincide with the detail given on the current planning application so presumably this will have implications for the positioning of soak-aways on this small site, a site that shares soak-aways with that of a neighbour.

The planning process is even looser than I first imagined. I knew that planning officials didn't check planning applications against land registry and related documents so matters such as easement rights and the position of septic tanks and other facilities belonging to third parties receive no official protection. Yesterday I also discovered that building control officials can pass foundations without checking whether or not they're in the position authorised by the planning service or checking whether or not planning permission for the new structure has been sought and granted. Granting retrospective planning permission can sometimes make a mockery of the planning process as well as ride rough-shod over third parties so let's hope some of these loose ends will be tied up by the Minister before the new planning arrangements are introduced.
Posted by Nevin at 10:31 am

Two years ago, the new esplanade on the East Strand, Portrush, failed to withstand nature raw in tooth and claw and now another section has given way. Surely serious questions now need to be asked about the competence of the public realm procurement process. 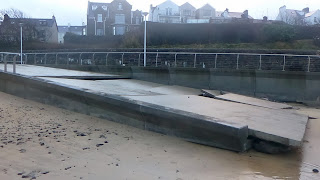 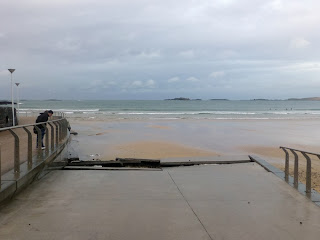 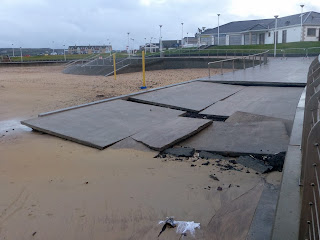 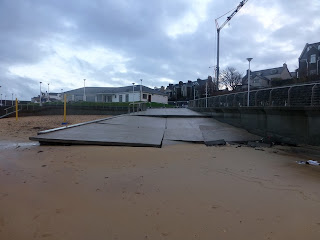 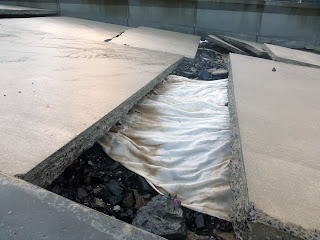 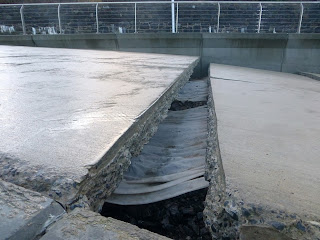