Hanlon and O'Hanlon - Parish of Clonduff in south County Down

I met someone today who was researching her Hanlon/O'Hanlon ancestors; they lived in the Parish of Clonduff in the south of Co Down and to the east of Newry.

I've just done a little research on this family.  Michael Hanlon married Annie Morgan in 1892. He was baptised in 1857 along with a twin sister Anne. I've found an 1881 wedding between an Anne Hanlon and John Gilmore [son of Peter], both living in the same townland at the time of their marriage. Michael and this Anne have the same father - Michael - and lived in the same townland so could be the twins who were baptised in 1857. Michael snr was married to a Mary Ann Doran.

Michael jnr died in 1938, aged 79, and there's an abstract of his will on the PRONI website. 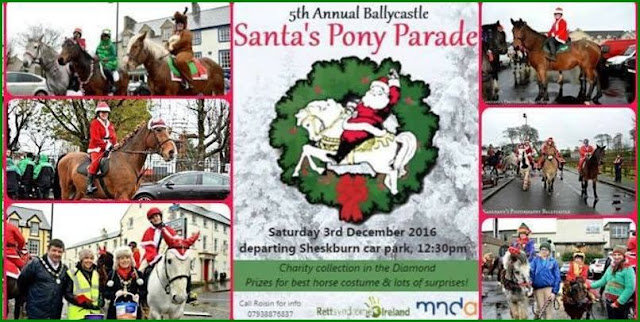 Now in its 5th year, Santa's Pony Parade, Ballycastle is a fun, festive spectacle to raise money for orphan diseases.  Donations accepted in lieu of entrance fee; refreshments included and prizes for best horse/pony costumes. We've also got a few surprises up our sleeves this year!

Pre-register to be in with a chance of winning a fabulous cooler rug!

(T and Cs: Winner must have returned the form and also presented their mobile ticket on the day as proof of pre-registration - good luck!)
Posted by Nevin at 10:06 am 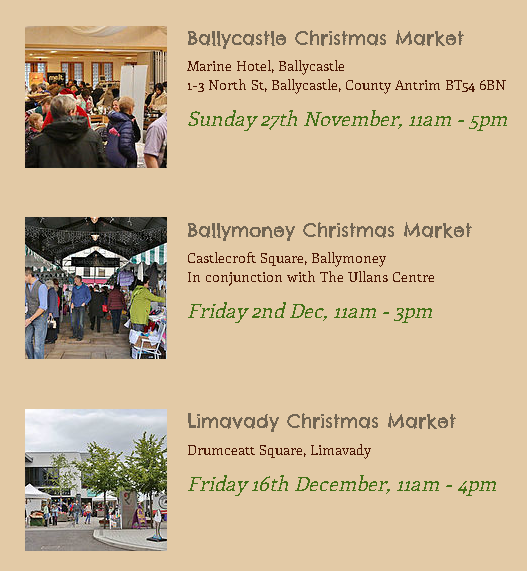