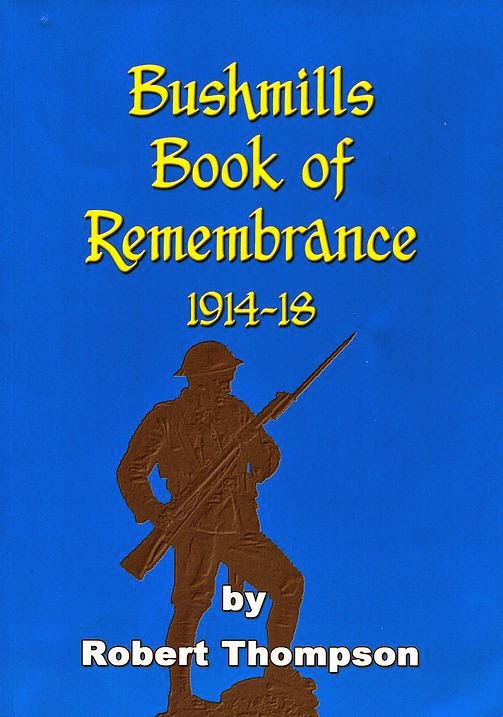 Robert has written many books about those from the towns, villages and countryside of the northern coast of the island of Ireland who perished in the Great War 1914-18 and his latest one - available in Carletons, The Diamond, Bushmills - is a collection of accounts - some quite long, some quite brief - about those who survived; the index contains a list of almost 400 men and women with a connection to Bushmills district. He'd love to hear more about those who have brief accounts or who may have been missed.

This story about Daniel Graham caught my attention:

I don't think I ever met Daniel but I did know some of his family and I've just recently linked up with Paddy, one of his granddaughters; neither of us knew about the existence of the other until the following photo of 'Al' Graham & His Hungarian Band' was posted on Facebook: 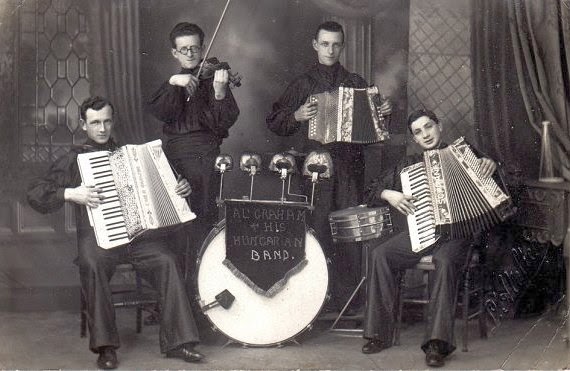 Her reaction, "That's my uncle Alex and uncle John" to which I replied, "That makes the two of us second cousins". Alex, on the front left, is playing a piano-accordion and John, on the back right, is playing a button-keyed accordion. Perhaps someone can name the other two.

Alex and John are sons of Daniel Graham of Carnmoon afore mentioned. There have been Grahams at the Whinhill in the townland of Carnmoon for over two hundred years and Daniel is common to the various families that were living there four generations ago. His mother's name, Mrs Samuel McKaig, links him to a particular family. Samuel was her second husband; her maiden name was Mary Jane McKaig of the Islands of Carnmoon and her first husband, Andrew Graham, Daniel's father, is my great-grandfather. Andrew and Mary Jane were married in Bushmills Presbyterian Church on 11 August 1871 and Daniel was born about 1876.

At the time of the 1901 census, Daniel is a servant in The Osborne Family and Commercial Temperance Hotel run by a Donegal lady, Jane Hurst, in Main Street, Portrush. He marries a Portrush girl, Rosetta Adams, in Bushmills Presbyterian Church on 12 October 1904 and by the time of the 1911 census they have three children - Jeannie, Maggie and Daniel - and are living in Causeway Street, Portrush. This is Daniel's signature in the 1912 Ulster Covenant:

The headstone at Ballywillan graveyard contains the following inscription:

Please send any additional information - photo/newspaper scans - to me at the contact address nalilblog@gmail.com. Robert can be contacted by email at the address at the top of the article.
Posted by Nevin at 9:59 pm

From the 2nd of April 2012, District Councils have had responsibility for enforcement of the powers in the Welfare of Animals (NI) Act 2011, in respect of 'non-farmed animals' e.g. domestic pets of any vertebrate species and equines (horses and donkeys).

Local Councils have adopted a collaborative regional approach to the new legislation and have appointed Animal Welfare Officers to enforce animal welfare in respect of non-farmed animals only across Northern Ireland. The Officers have statutory enforcement powers and can take a range of action to improve the welfare of non-farmed animals including, providing advice, issuing an improvement notice, taking animals into their possession(in extreme cases of suffering), and initiating prosecution action. It should be emphasised that the responsibility for the welfare of any animal remains at all times with the owner or keeper of an animal. Enforcement officers will investigate complaints and ensure the owner complies with the legislation. Rehoming of animals that are unwanted should be dealt with through a sanctuary or relevant charity.

The enforcement officers cover the whole of Northern Ireland working on a regional basis. If you need to report an animal welfare issue during office hours Monday – Friday 9am-5pm you should contact the appropriate telephone number relating to the region you live in, which for Moyle residents is the Northern Area. Between 9am and 5pm at weekends and over holiday periods contact the same number and your call will be diverted to an answering service.

Eastern Area (5 Councils) – Ards, Castlereagh, Down, Lisburn and North Down

Welfare complaints in respect of farmed animals (that is animals bred or kept for the production of food, wool or skin or other farming purposes) should be referred to the Department of Agriculture and Rural Development. During office hours Monday to Friday 9am-5pm telephone - 0300 200 7840

Weekends – contact a local Private Veterinary Practice or PSNI who will, as necessary, refer the welfare complaint to the relevant “on call” officer.

Welfare complaints in respect of wild animals, animal fighting, badger baiting or criminal activity against a person’s property including animals should be referred to the local Police Station.

Details of the enforcement roles and contact points can be accessed using the link below.

The recently posted Northern Ireland says "NO" to Animal Cruelty Facebook page has a summary of the actions of councils with regard to non-farmed animals since the introduction of the act in 2012:

Time for Councils to act on animal cruelty !

We make no apology for repeating the statistics about Councils first year in charge of animal welfare enforcement :-

1 person was prosecuted out of

Not even 1 full time person in each council area

1 animal welfare officer is responsible for the whole of Belfast.

What a pity the abusers don't seem to know this.

Shame them into taking action !

People do care but they don't know !

And thanks Peter for designing and sharing this poster


Admission to the show is completely free and attendees will experience captivating fun for all the family, including storytelling, live music, magic and illusion, combining elements of cabaret and vaudeville. The show uses an innovative approach to theatre that is full of surprises and sure to ignite and stimulate the imagination of young and old alike. 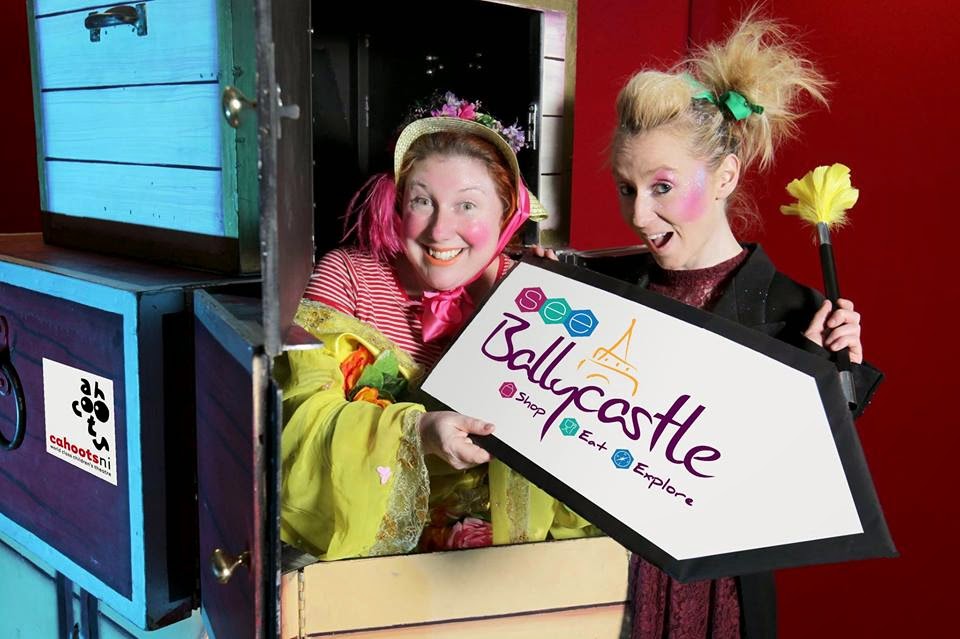 Traditional Music Session - One Day Only
Saturday at 13:00
The former 'Shop Electric' store

Spend some of the afternoon
in the company of some of North Antrim's
finest Traditional Music players - everything free
Posted by Nevin at 8:48 pm 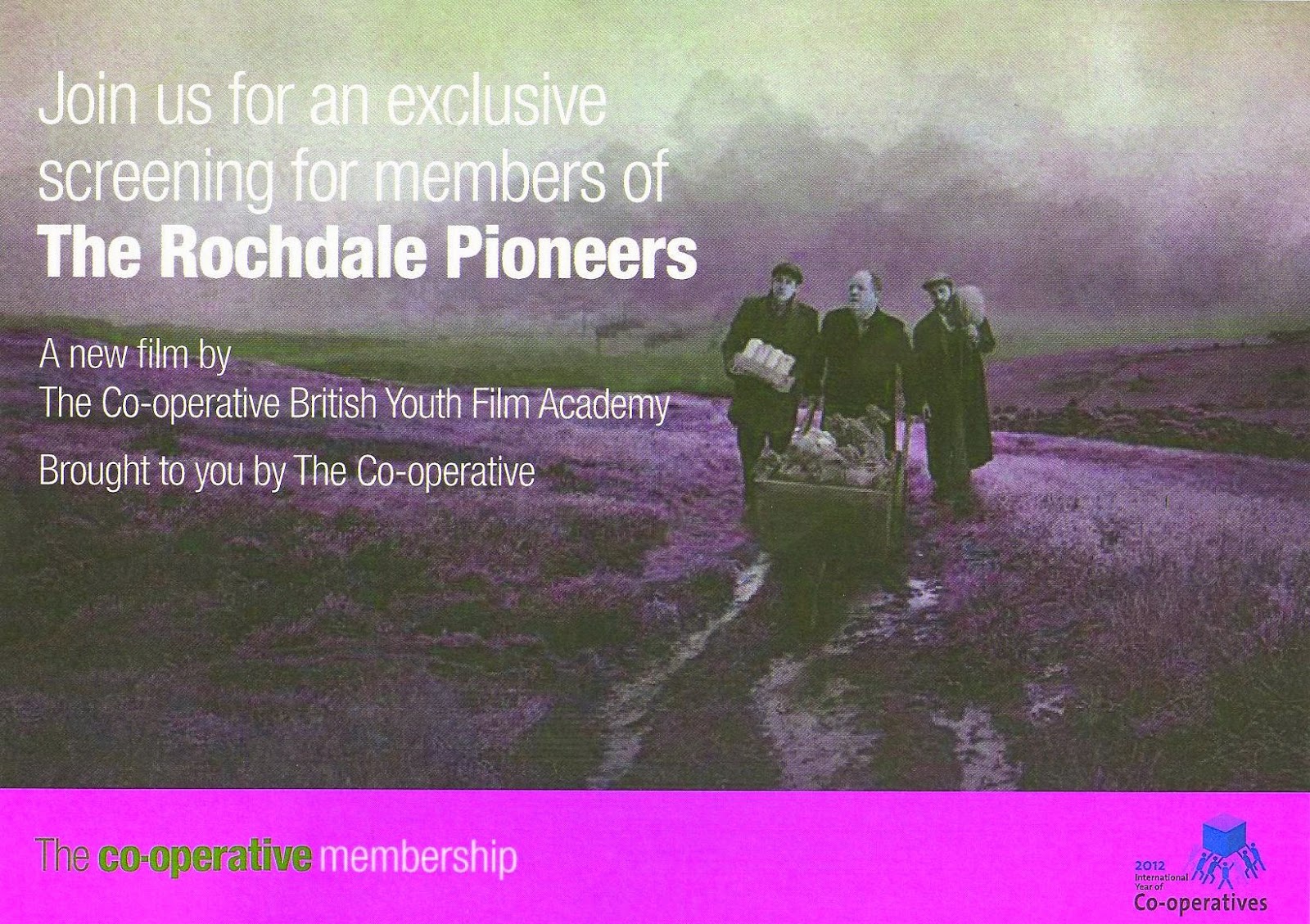 Commissioned by the Co-operative Group and produced by The British Youth Film Academy, the film tells how in 1844 a small group of people fought adversity and inspired a worldwide movement.

To book your place on this exclusive screening, please contact Kim on 02893 357500 or email kim.morrow@co-operative.coop

Refreshments will be provided

Places are limited and will be issued on a first come first served basis
Posted by Nevin at 7:34 pm

Sometimes I browse through the actions of our public service; sometimes members of the public bring their experiences of its shortcomings to me. I was intrigued by this very recent communication - March 12 - from the Planning Service to the Northern Ireland Tourist Board:

I refer to our consultation letter  31st December 2013 seeking comments on the above planning application.

Unfortunately the 15 working day consultation period has now expired and the issue of a planning decision is being delayed pending your reply.

In order to comply with the statutory requirement and to meet the Department’s performance targets should your reply not be received immediately, a decision may issue without the benefit of your comments.

As this matter is now urgent please let me have a reply immediately.

Please ignore this letter if a reply has already been sent.

NITB sent a reply on March 13 and the Planning Service posted it on-line the same day. Why the sudden flurry of activity long after it should have taken place? Might the Planning Service be tempted to issue a decision on an application with unresolved issues immediately following a long holiday week-end in the hope that it might slip underneath the radar? The Planning Service performance bar appears to be set so low that you might trip over it!

How thorough is the NITB's holiday accommodation certification scheme? Does it consult with the Planning Service, Building Control, Environmental Health and the Fire and Rescue Service? I've seen a reference to a specific requirement on Environmental Health and food safety but not so in regard to personal safety as accessed by those other agencies:

A letter from your local council’s Environmental Health Officer is required in relation to food safety.

It is best practice that a fire risk assessment is completed on the premises, in line with current fire regulations.

Planning approval may be required if you decide to use more than 50% of your bedroom space.

Why isn't there a requirement for similar letters from all of these important safety agencies? NITB advice doesn't even mention Building Control even though structural alterations may well have been made to the premises. It's hardly surprising that such a ramshackle approach should create problems when best practice isn't applied.

Unfortunately the 15 working day consultation period has now expired and the issue of a planning decision is being delayed pending your reply.


This period would have ended about January 24 yet Planning Service sent out an urgent reminder on March 12. According to the Planning Service portal the expiry date for standard consultations is actually April 3. Taking account of the Christmas/New Year holidays, the neighbours had a lot less than 15 working days to seek professional advice and submit a response. It's all very puzzling.

World music from Guadeloupe in Ballycastle!

From the Ballymoney and Moyle Times:

Elaine Gaston, the Arts Officer from Moyle District Council who is promoting the event said: “The Arts Programme is delighted to be able to offer this opportunity to hear authentic live music from Guadeloupe in the Caribbean alongside local traditional musicians. It is worth buying tickets in advance.”

This is part of the Cultural Crossings Festival which is promoted by the Provost of the Coleraine campus, University of Ulster, in partnership with Causeway Coast Arts of which Moyle District Council Arts Programme is a member. 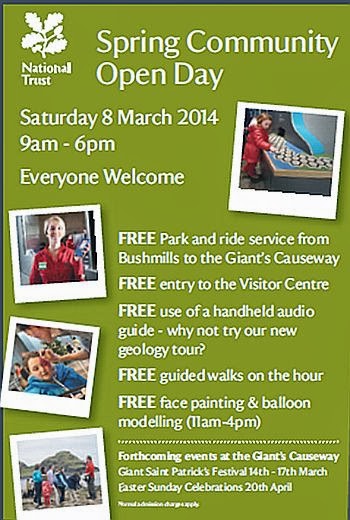