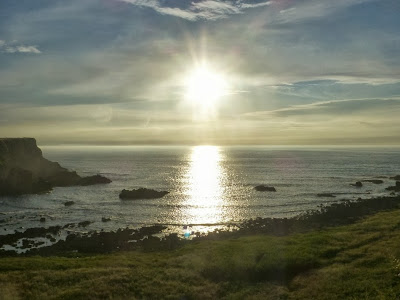 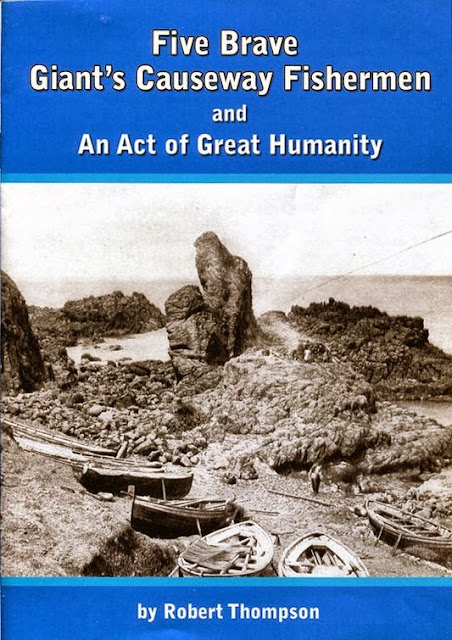 Fishing boats at The Brenther

The fishing boats used to ferry visitors to the Causeway were beached at The Brenther at the west end of Portnaboe. 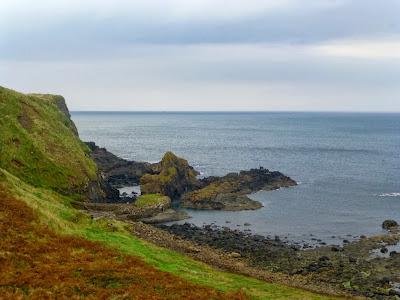 The Board of Trade has informed us that on the 5th of January last, you, in company with others, rendered assistance to certain of our crew of our steamer, "Knightsgarth", after that vessel had been torpedoed by a German submarine, and we now write to thank you for your kindness on the occasion in question  .. Rea Shipping Co Ltd 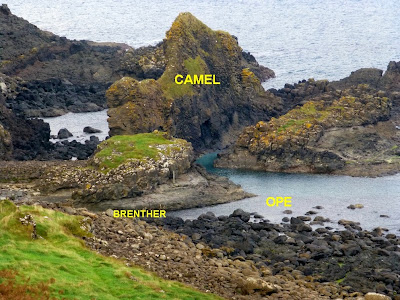 Copies of this small booklet:

robert@riverside.freeserve.co.uk
Posted by Nevin at 5:43 pm

Patrick McAleese - Take me back to Tully

I received the following request from a US member of NALIL a few days ago:

"As my Antrim ancestor settled in Brooklyn NY, I have been collecting information on the many Antrim people who also settled there in the 19c. I came across a most interesting newspaper article, including a number of names and locations which may be of use to others. It concerns Patrick McAleese of Lough Giel whose dying wish was that his body be returned there for burial when he died. If anyone can tell me whether he is buried there, I'd like to know the end of his story.

He was born in Lough Giel on 1 March 1797. His parents were farmers, as was he. At age 44 he married Mary McAuley of Belfast, his first and only marriage. They had ten children. His wife and all his children survived him, a remarkable record for the time as you know.

Nine of his children emigrated to America and they finally persuaded their parents to do the same in their old age. Patrick, his wife and several of his children lived in Greenpoint, Brooklyn, where there were many other Antrim people. After two years, he bought a house.

He was a popular figure, taking long walks each day and noted for his erect posture, military bearing and long white hair, curling to his shoulders. He also had a fine tenor voice, singing the songs he remembered from home.

His dying wish was to be buried at home. At the close of his funeral, a cortege crossed the East River to Manhattan and the wharf of the White Star Line's ship, Britannic, headed for Liverpool. The body was to be accompanied by his wife and a daughter. I'd like to know where he is buried.

The above info is from the Brooklyn Eagle, 3 March 1896, p3. Here follows a list of his children, birth order unknown, and their residences for McAleese researchers. All surnames are McAleese unless otherwise noted:

I hope you find this interesting and that someone can tell me where Patrick McAleese is buried.

This is a scan from Griffith's Valuation circa 1860 and it shows Patrick as a tenant farmer in the townland of Tully North in the parish of Loughguile. His landlord is George Whitla and he let a second house in the farmyard to James McKeever. 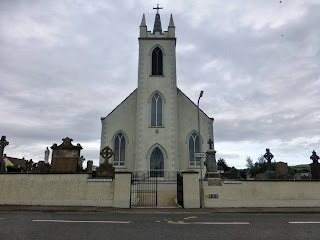 I obtained details of Patrick's daughter Kate/Catherine's wedding to James McShane in St Patrick's Church, Loughguile in 1879 from a genealogy website and then looked for this family in the 1901 Census of Ireland. They were still living in Tully North but were not in the 1911 census for that townland. Adding ten years to Catherine's age took me to their new home in Ballintoy but by that time her husband James was dead. 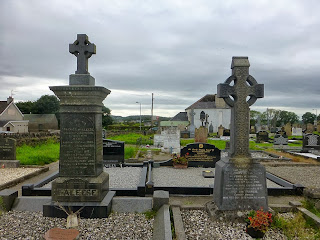 I found the two headstones for Patrick and his daughter Kate, side by side, in St Patrick's graveyard and the latter has The Castle, Ballintoy, address.

Should I say to Moyle councillors Cara and Paudie McShane, "Who do you think you are?", I'm not being cheeky but thinking about the TV series and their ancestors from Tully. 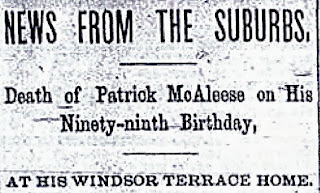 Virginia has sent me scans of the Brooklyn Eagle obituary for Patrick:

"In the year when Benjamin Harrison, the 23rd President of the United States, occupied the White House, the Eiffel Tower was built, and the automobile and motion picture machine were invented, a church was born in Brooklyn.

The Brooklyn Bridge, completed a few years earlier, made it possible for people to work in Manhattan, while living in Brooklyn, which at the time was all country. The community of the time was made up of immigrants from Ireland, Germany, and Italy. It was with this background, that St. Mary, Mother of Jesus Church and Parish were born in 1889.

The first bishop of Brooklyn, Bishop Loughlin, summoned the Rev. James McAleese to assemble a group of the faithful to begin the formation of a new parish. On Pentecost Sunday, Fr. McAleese gathered a group in a storefront on the northeast corner of Bay Parkway and 86th Street for the first Mass. For one year the Eucharist was celebrated there in Liggett’s Drugstore." .. Source [pdf file]
Posted by Nevin at 11:30 am

Charging arrangements at the new Giant's Causeway Visitor Centre have proved to be controversial and not always easily understood by visitors. 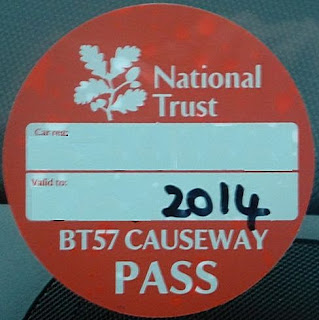 If you have a local BT57 address then you can obtain a FREE car-park pass by taking a domestic bill to the National Trust Visitor Centre reception and completing the application form. 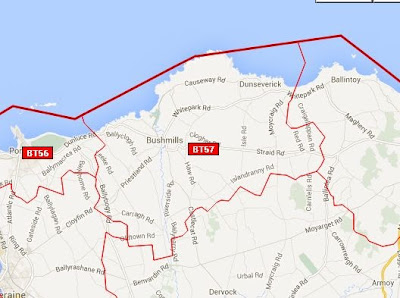 I've not been able to find details of this free pass on the NT website; perhaps it will be added next time the site is updated.
Posted by Nevin at 9:26 pm