Politicians often come under attack from other politicians as well as attention-grabbing elements of the mainstream and new social media; sometimes they have to sort out the mess created by bureaucrats and bureaucracy. Are the officers in the recently formed councils struggling with the paperwork left behind by the legacy councils - as well as possible pressure from vested interests?

Causeway Coast and Glens Borough Council has recently issued a licence for a temporary building in Dundarave car-park in Bushmills, a car-park that one of the legacy councils had issued a licence to the National Trust for use as a park-and-ride facility adjacent to the Giant's Causeway.

The temporary structure and metal cage clearly block the circular traffic flow. When I used the car-park a few days ago there were several large coaches and cars using the traffic bays and vehicles negotiated a path across vacant bays. 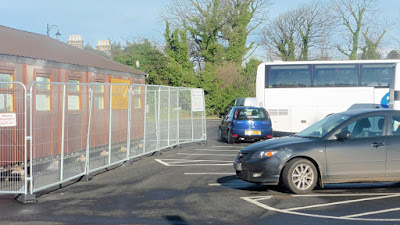 There are many areas of outstanding natural beauty as well as special scientific and historical interest in the Council district and Portballintrae is no exception. 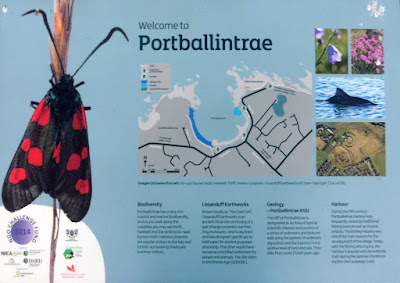 There's an area of special scientific interest on the west side of the main bay and alongside it lies the old lane that led to Seaport Lodge, now in a dilapidated state but once the summer residence of local landlords. The lane is a popular route for walkers, including those from the local district out exercising their dogs; it has also featured in exchanges in another of the legacy councils.

Recent conversations in social media would indicate that Council officers appear to be more concerned about the location of a few short and long resident concrete posts to the side of the lane than a more recent razor-wire erection further along. 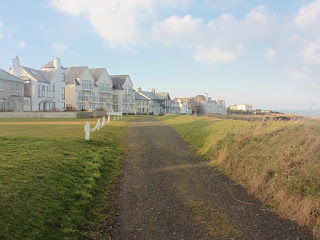 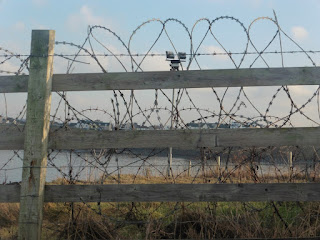 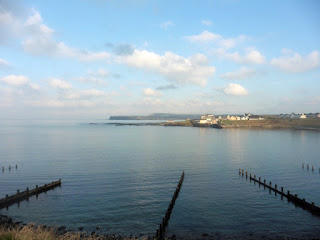 Hopefully our elected representatives can sort out the muddle in the not too distant future and visitors as well as locals can enjoy the splendid scenic views that Portballintrae still retains.

In this exhibition he brings together the mood, light and atmosphere of his northern heartland."

They mark the 75th anniversary of the arrival of American troops in 1942.

Dan Gordon of 'Give My Head Peace' and also with past Bushmills connections will be heading the cast. 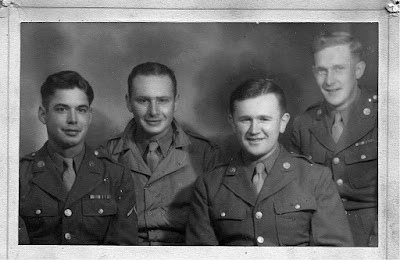 Boys from Company L
who were stationed in Ballycastle.
Posted by Nevin at 9:07 pm

Northern Ireland Governance
The Belfast Deficit
[Click the link]
These snippets from the minutes illustrate a paucity of information, some confusion over the management of risk, a promised update which doesn't appear and a lack of information provided to Independent Board members.

Only one of the two Independent board members was present in 2013 and 2014.

Treasury best practice stipulates that Ministers chair meetings of their Departmental Boards but Ministers aren't even present so that they could be advised and challenged by Independent members. The Ministers do receive regular briefings from their Permanent Secretaries but this falls far short of best practice. Also, I can find no minutes of such briefings or of those by the Departmental Executive teams [Permanent Secretary and senior colleagues].

The Office of the Information Commissioner should insist that Departments provide Model Publication Schemes so that anyone can easily search and peruse agendas, minutes and officers' report in order to offer constructive comment and, if necessary, sound the alarm. The DETI minutes are in image format ie non-searchable; the DfE minutes are searchable but, curiously, the minutes for July and September were created on 07/11/2016 but not modified. The October 25 minutes were created on 18/11/2016 and modified on 05/12/2016, one day before the BBC Spotlight broadcast. 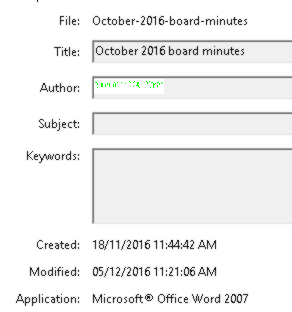 Renewable Heat Initiative - Snippets From the Boardroom by Nevin on Scribd

I raised the issue of the deficit back in 2012 with an Independent member from another Department and got the following reply: "I note your comment relating to the structure of the departmental board in *******. I did understand that the model in Whitehall is not mirrored by Northern Ireland departments. I took up my appointment on this basis. This is therefore a matter for the devolved administrations to form a view on and change if felt appropriate."

The Scribd document has been removed from the Scribd site without any notification to me so here is the post in image format: 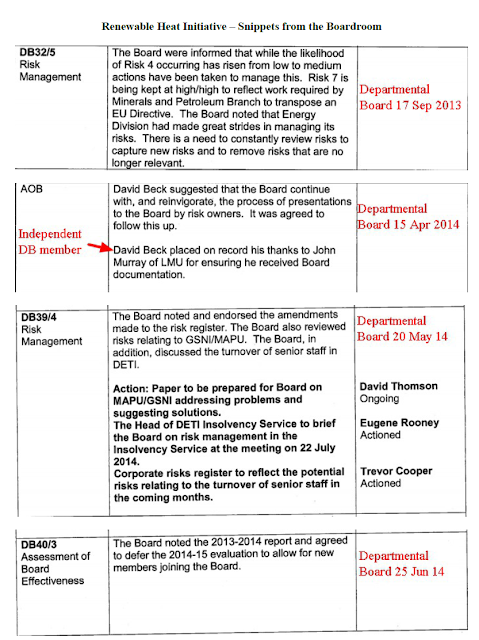 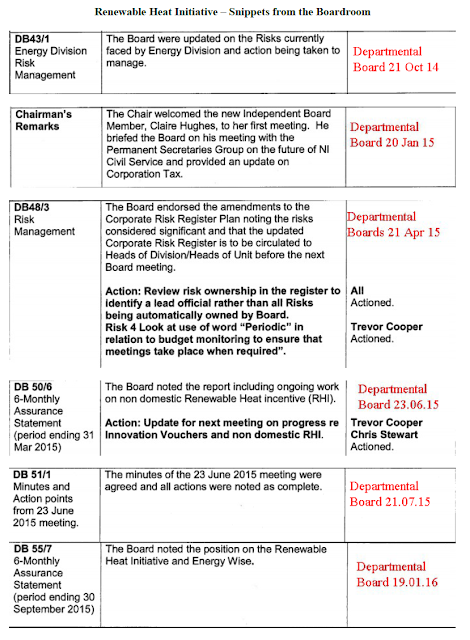 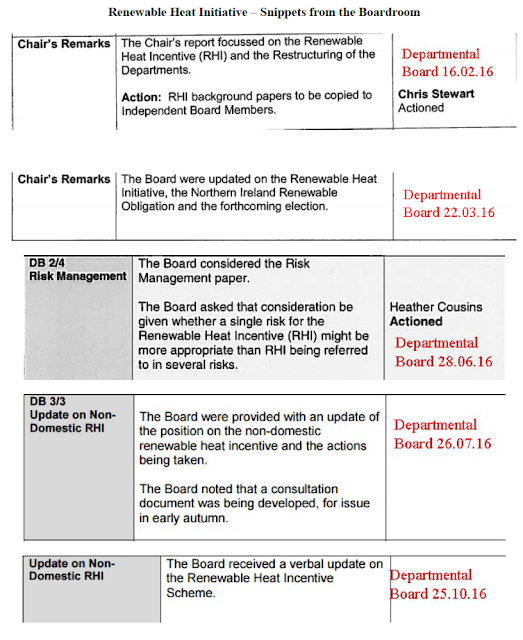