An amazing new website, www.marathonmac2012.com, has been launched which will encourage people from all over the world to come and enjoy the exciting McArthur Centenary events this summer in Ballymoney.  Visitors to the website can learn more about McArthur, and even see a gallery of pictures which includes images from the archives of the International Olympic Committee in Switzerland.  There is also a full programme of the centenary events and information on how to register on-line for the McArthur Festival of Running in July 2012 in Dervock.

The website is kept up to date with the ‘Latest News’ section which includes photographs and reports from events linked to the commemoration.  In the coming weeks, there will be reports on school workshops and the Olympic Torch Relay in addition to news from McArthur celebrations in Potchefstroom and Stockholm.

Councillor Ian Stevenson, Mayor of Ballymoney, was very impressed with the new website: “This brilliant website is essential to help us promote the story of McArthur across the world and I’d like to take this opportunity to thank the Heritage Lottery Fund for their support in setting it up.  Kennedy K. McArthur is well known in North Antrim, but we are only just beginning to realise how famous he is in Sweden and South Africa.  With marathonmac2012.com we can now show the world how important he is to the people of Ballymoney and we invite everyone to join us in our commemorative celebrations this summer”.

The exhibition “Marathon Mac and other centenary stories” will be on display in Ballymoney Museum until 22 September 2012.  Admission is free and opening hours are Monday-Thursday & Saturday 9am-5pm, Friday 9am-4.30pm and closed Sunday.  For further information see www.marathonmac2012.com or contact Ballymoney Museum, Ballymoney Town Hall, 1 Townhead Street, Ballymoney, BT53 6BE, Tel: 028 2766 0230 or Email:museum@ballymoney.gov.uk.

Moyle District Council - A Bit Behind The Times

MINUTES AND AGENDA UPDATED
[the power of NALIL blog :)]

From time to time I've referred to the Council's failure to post its agenda online prior to a meeting and to keep its online minutes up-todate. This latest item courtesy of Google news takes the dog-biscuit: 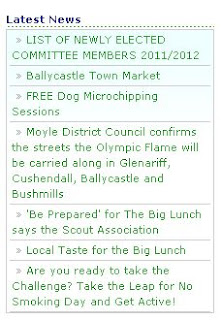 The councillors were elected to the various committees on 16 May 2011; the list is published on 19 April 2012.

Councillor McMullan asked Councillors to look at documentation produced on this topic and informed them that this item would be put on the agenda for the next meeting.

Councillor Blaney asked why this was being brought up now, as Council may no longer exist in 3-4 years.

Councillor McCambridge enquired if the adoption of this policy would lead to the meetings being any more efficient.

The Clerk stated that Standing Orders would have the advantage of conducting meetings in a certain manner but that the disadvantage would be that it would be possible to suspend these at any time.

Councillor McAllister proposed that the Council do not adopt Standing Orders.

Councillor McShane asked that the new Councillors be given a chance to look over the documentation provided.

After further discussion, a recorded vote was taken on the introduction of Standing Orders.

On a recorded vote being taken, Councillors Newcombe, McShane, Blaney, O Black, McMullan and McCambridge voted in favour of and Councillors McConaghy, McIlroy, McAllister, Graham, Hartin, Harding and McDonnell voted against the adoption of standing orders. [Apologies were received on behalf of Councillors M Black and M McKeegan.]

It was therefore agreed that Standing Orders would not be adopted by Council."


Perhaps they would have been adopted if all councillors had been present.

One other point perhaps worth making is that the minutes of 12 March 2005 contain about 7000 words whereas those of 14 March 2012 contain about 2600; those for the first meeting in February show a similar large difference. It's most unlikely that councillors are less articulate or less wordy in 2012 than they were back in 2005 so the information content has been dramatically curtailed. The minutes of, say, Government Departmental Boards show a similar contraction almost to the point where they become information free. Is such a restriction on the availability of details about public decision making in the best interests of democracy?
Posted by Nevin at 12:06 pm 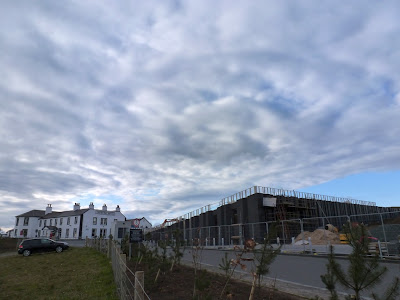 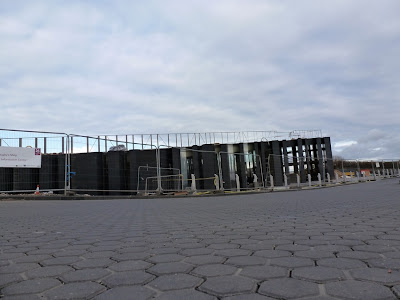 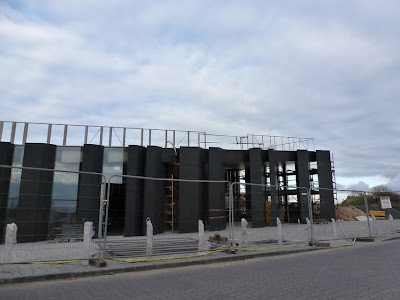 I'm not impressed by this latest addition to the Giant's Causeway World Heritage Site; there might well have been objections had such a structure been erected elsewhere in the WHS 4km protected zone.

I've referred to the new building elsewhere as 'the latest volcanic eruption at the Giants Causeway, Co Antrim; apparently it's an expression of intelligent design. Visitors will be rather more impressed by the natural form'.

How will the conifer screening fare in such a windy maritime setting? Local trees and bushes are often growing horizontally away from the prevailing wind.
Posted by Nevin at 3:50 pm

Ray Davey - a founder of Corrymeela

A Service of Thanksgiving and Celebration

"Corrymeela is people of all ages and Christian traditions, who, individually and together
are committed to the healing of Social, Religious and Political divisions
that exist in Northern Ireland and throughout the world." 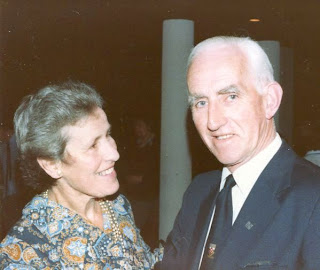 I just received the sad news this evening that Rev Ray Davey (1915 – April 16, 2012) had passed away this morning. I first met Ray in 1962 when he was a Presbyterian chaplain at Queens University Belfast and I was a student fresher. Our paths reconnected in 1971 when I visited the Corrymeela Centre in Ballycastle. I got involved with the initiation of Junior Council of Social Service (JCSS) in Coleraine the same year and formed a bond between the two which was of great benefit to me and to the young people who passed through JCSS. Ray was my role model and a tremendous source of inspiration; we desperately need more such role models. For me, Corrymeela was a place that was open to all, rather than an encounter between two traditions. 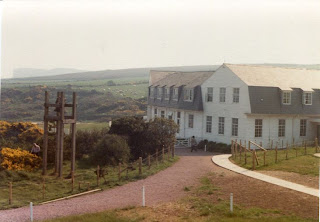 Ray: "We hope that Corrymeela will come to be known as ‘the Open Village’, open to all people of good will who are willing to meet each other, to learn from each other and work together for the good of all." 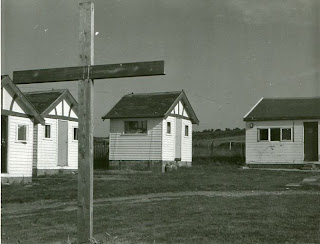 Ray: "The early Sixties were times of listening and learning to discern the signs of the times and the later Sixties of commitment to the journey for peace. .. From the very start the idea of community has been very central in Corrymeela. No doubt, it was this that drew many people to it at the beginning and continues to do so. This search for togetherness is, indeed, very much part of everyone’s inner life. The desire to belong, to be accepted and to be wanted are parts of being human"

I'm sure Ray would have endorsed these words expressed by Sr Souboris in 1973: "Thank you for directing to us young people of such unselfishness and reliability. Each in his own way made a valuable contribution to the holiday. I personally learned a tremendous amount from their unselfishness. I only wish more people in our divided communities could experience how easy it is to love and live together once the will to do so is there" 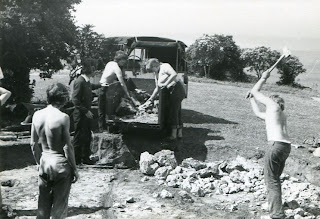 Ray on the early years of Corrymeela: "The continual stream of young people who came to the work camps was a vital part of this period. From these early work-campers many of the leaders of Corrymeela emerged. Then when violence really began Corrymeela was able very quickly to readjust many of its programmes to meet the new challenges of people and families at risk in troubled areas, with intimidation, injury and bereavement becoming so much part of the scene." 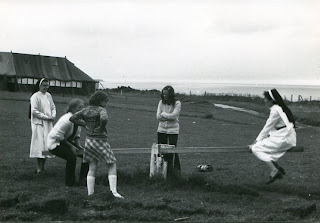 Jim Scott, QUB fresher 1963: "A group of us would reside at the Presbyterian Community Center in Belfast between terms thanks to Ray's hospitality. Particular religious affiliations crossed the gamut and were never questioned."

David Ford: "He was a huge inspiration to many of us who are working for peace and reconciliation, whether in politics, the church or community organisations. I had the privilege of working with Ray as a staff volunteer in Corrymeela and remain grateful for the opportunity he gave me and the example he set."