Meanwhile, I hear the SDLP-leaning press in Belfast is having another pop at the Board of NI Water. ... Máirtín Ó Muilleoir

Belfast Harbour Commissioners are appointed by Conor Murphy, the SF Minister for Regional Development, so why is Belfast Harbour sponsoring a project which has such close links to Sinn Fein?

Belfast Harbour responses to a series of questions:

1] What was the total expenditure by Belfast Harbour on this conference?

A: Principal sponsorship for the New York, New Belfast conference amounted to £20,000 exc. VAT. An additional cost of £900 was generated through the provision of Belfast Harbour branded delegate bags to organisers of the conference

2] Has Belfast Harbour participated in or financially supported other events organised by Belfast Media Group in the past five years? If so, please list.

3] Can you please provide copies of correspondence between Belfast Harbour (or its representative) and the conference organisers which relate to this event?

A: Please see attached copy correspondence as requested, all of which is in email form.

4] Can you please provide copies of correspondence between Belfast Harbour (or its representative) and the DRD Minister and his officials/staff which relate to this event?

A: No such correspondence exists.

Here are some quotes from the Ó Muilleoir-Belfast Harbour emails:


p3/26 Contracting solution for these not-for-profit events - Make out cheque to our charitable arm Nuachtain Charities, to the Irish Echo, or directly to New York New Belfast Conference which will have its own bank account 01/12/09 9.29am

newyorknewbelfast.com is registered to Belfast Media Group so why didn't Belfast Harbour maintain its apolitical stance?

Ó Muilleoir has been appointed as an additional non-executive director (NED) to the Northern Ireland Water Board in the 'community confidence' category. Who decided to make this additional appointment, when was it decided and were the Commissioner for Public Appointments and the Consumer Council for Northern Ireland informed of the change? The names of the new NEDs were announced on June 30 yet the Ó Muilleoir letter of acceptance is dated July 1.

Paul Priestly, the suspended DRD Permanent Secretary, was a speaker at the Belfast Media Group organised New York conference; he was also involved in the selection of the NEDs. Was an interest declared?

CCNI reply: "The Consumer Council found out about the appointment of the additional NED to the board of NI Water on 30 June 2010."
Posted by Nevin at 12:09 pm

Appointment of Interim Non-Executive Directors to Northern Ireland Water Board
Posted by Nevin at 4:59 pm

The Police Service of Northern Ireland stopped publishing the Patten comparative establishment figures in December 2009 and the monthly update of full time equivalent numbers [pdf file] for each of the ranks has belatedly just been published for September. The snapshot shows that the figures were last published for May 1. There is a deficit of about 400 constables compared to the Patten recommendation for a peace-time service. 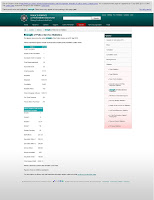 [click image to enlarge]
Scribd copy
Perhaps the following queries put to the Policing Board for Northern Ireland, the PSNI watchdog, have had an effect:

"Further to our conversation of September 2, 2010, I'd like PBNI, in its scrutiny role, to address the following issues:

1. The Patten Establishment figures were removed from PSNI monthly manpower statistics in December 2009. Why was this done? Can the figures be restored as they are a useful indicator of deficits in certain ranks.

2. The monthly manpower statistics have not been upgraded since May 1, 2010. Is the failure to maintain updated records not a breach of the ICO Model Publication Scheme?

3. Should student officer numbers be included in the total of regular officers or should they be listed underneath this total?"
Posted by Nevin at 2:14 pm

On August 28, I drew attention on the Slugger O'Toole blog to some aspects of the 'restructuring' of the management of Northern Ireland Water.

The Executive Team became the Executive Committee on November 16, 2009, the day of the ‘get used to it’ remarks. The number of senior staff regularly attending Executive meetings appears to have been severely pruned from about 10 down to 6.

The Executive meets on the first and third Monday of the month. The minutes from July to October 2009 ran from 6 to 9 pages but in November they were trimmed right back to 2. This means a significant reduction in information made available to the public. The Executive minutes were not published online after November 2, 2009, but have now been reinstated after their absence was brought to NIW's attention ; the Board minutes are still missing.

Did anyone know when the post of Commercial Director was made redundant and whether or not NIW followed the correct redundancy procedures?

The Commercial Director post was abolished with effect from 1/1/2010. The decision and process were tested with an external legal adviser and found to be legally compliant. .. Malairt


David Gilmour, who held the post of Commercial Director, brought the news about contract extensions which raised MacKenzie’s antenna on August 10. His name as an attendee last appears AFAIK on the Executive minutes on November 2. His linkedin profile seems to have been taken down within the past few days but remains in Google cache.

In his presentation to the Northern Ireland Water Forum in May 2009 he said that he expected £19 m savings by year end, some way ahead of the Assembly target, and during the course of the year, in association with Mellor, had nearly halved the expenditure on consultants.

He admitted that their information system on ordering had been woeful but expected the tried and tested Oracle P2P eordering system to be live by the end of June 2009.

So what has all the fuss been about and why were Gilmour’s services disposed of? Will his role in the procurement debacle and the nature of his departure be examined by the Public Accounts Committee?

Who attended the September 2, 2009 meeting in addition to Conor Murphy, Paul Priestly and Laurence MacKenzie? Were any of the other NIW stakeholders represented or even informed? NIW claims to have no minutes of this meeting and a response from DRD is expected shortly. The gathering, supplemented by 'food and beverages', is referred to in NIW Executive Team minutes some days later:

It was established that the Alliance contract was giving some smaller contractors cause for concern.  Laurence MacKenzie acknowledged that NIW must deliver efficiencies but said that a balance needed to be made with regard to timeframes if this was to be done correctly.

Where was the September 2 meeting held?

Can I please have a copy of the minutes of this meeting?

This was an informal lunch meeting. No minutes were recorded.

Nicola Brennan article in "Internal Auditing"
Posted by Nevin at 9:50 am

Finn on the Park - Causeway Coast 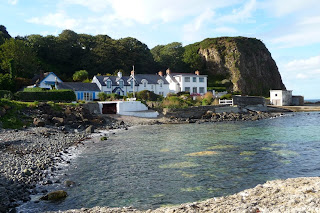 Portbraddan at the west end of White Park Bay 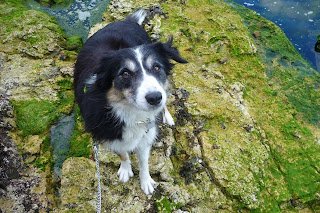 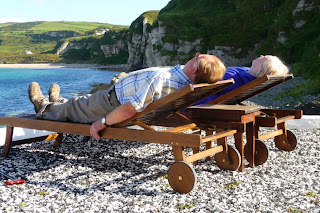 Down on the Farm -Two Days in September 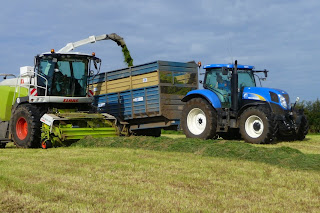 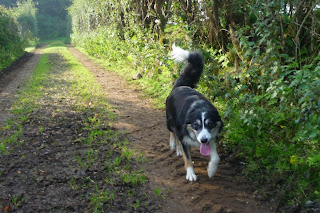 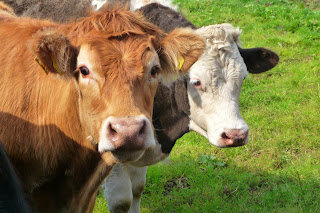 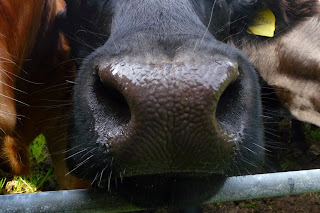 The Hansard report has now been published; it's been added to the Scribd collection.

Perhaps the BBC recording of the committee session could be added too as was the case for the PAC July 1 session.

[click image to enlarge]
Background
A recent independent review was commissioned by the Chief Executive into the appointment of Contracting Out LLP to assist with the Steria contract termination. That review highlighted that the appropriate internal and external Shareholder approvals, as required by the delegated authorities set out in the financial delegations policy, had not been obtained. This applied to both the award of the framework contract to Contracting Out LLP under a single tender action ‘STA’ and the framework schedule for subsequent work in relation to the Steria exit.
Posted by Nevin at 3:58 pm