The CHC is a group of professionals and community residents interested in and concerned with the sustainability and long-term viability of Causeway Hospital.   We are determined to ensure that both citizens and visitors to the area receive skilled, appropriate and timely interventions to meet their health needs.

To this end we will:

1. Press for the maintaining of acute services at the Causeway Hospital, and especially the retention of:

2. Carefully monitor recruitment to posts at the Causeway Hospital and ensure that staffing resources are equitably spread between the hospitals in the Relevant Trusts’ area.

3. Participate in all consultations relating to Health and Social Care.

4. Take any further action necessary to protect the range and quality of work achieved by the Causeway Hospital.

5. Work with Local Council, Health Trust and key partners to ensure the retention of agreed services at Causeway Hospital.

6. Counteract any further perceived threats to the Hospital. Despite what you read in the paper the future of Causeway Hospital is not absolutely secure. If you feel strongly that it should be maintained as a major acute hospital with 24/7 A&E then please, print a copy, cut across where indicated and either: 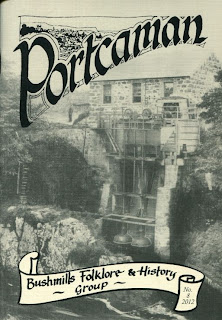 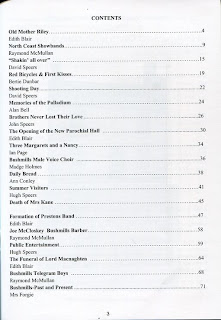 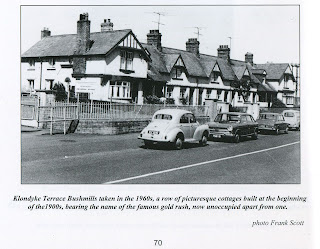 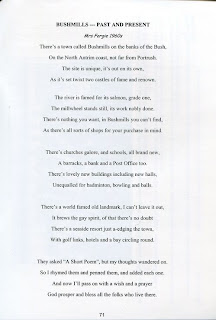 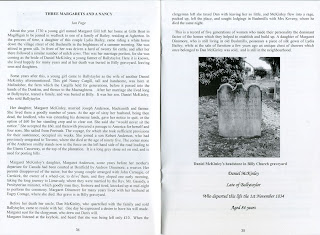 The magazine is on sale in McLaughlins, Carleton's and Speers' Causeway Books in Bushmills.
Posted by Nevin at 7:24 pm

By ecosaladmin - Posted on 09 Juillet 2012
From 17 to 21 June 2012, the UK ECOSAL team of Mark Brisbane, David Cranstone and Michael Fradley visited former salt working sites around the coast of Northern Ireland and held meetings and discussions with leading local historians, archaeologists and other experts about the industrial heritage of this part of the UK.
Starting along the north coast near Londonderry and working their way around via Coleraine, Portstewart, Portrush and Portballintrae to Ballycastle, the team saw the surviving evidence for 17th, 18th and 19th century salt production sites. This included the well-preserved features at Ballycastle where local historian Danny McGill has put together a very good case for carrying out archaeological investigations followed by preservation and presentation of the remains through the ECOSAL Salt Route and other means. Working with Wes Forsythe of the Dept of Maritime Archaeology at the University of Ulster at Coleraine, an archaeological survey of the features associated with Colonel Boyd’s salt works and coal mine at Ballycastle is now underway. This will include the recording of one of the only iron salt pans surviving in situ in the UK (see photo).
The team went on to look for evidence of other sites (some known only through historical documents) at Glenarm, at sites to the east of Bangor, and along the coast east of Strangford Lough as well as at sites around the Lough itself, such as at Portaferry. Another site visited was the medieval castle of Dundrum, which according to documents had a salt works in the nearby bay below the castle in the early 13th century. Unfortunately, no traces of the exact site of these salt works survive.
The team also visited Queen’s University in Belfast to discuss the evidence for medieval and post-medieval salt production in Northern Ireland with leading experts including Professor Mark Gardiner.
The visit was highly successful and added yet more evidence to the increasing number of salt working sites around the Atlantic coast of the UK that are being recorded in the ECOSAL database. The number of sites recorded now exceeds 500.
The visit also provided an important opportunity to discuss the aims and objectives of the ECOSAL Project with potential supporters and to develop ideas about ‘Traditional Salt Working - the Atlantic Route’, how it will be implemented and maintained, and which sites could be included on the Route. Photo 1: On a rather wet day, David Cranstone, Wes Forsythe, Mark Brisbane, Michael Fradley and Danny McGill examine the remains for one of the salt works at Ballycastle, Northern Ireland. [Photo by Nevin Taggart]. Photo 3 and inset (4): The probable location of the former salt works at Portballintrae. Aside from traces of wall possibly associated with an 18/19th century salt works, there is also the tell-tale evidence of the name of the house on the left (see inset). Photo by Mark Brisbane

ECOSAL puts Ballycastle on the map [pdf file]
Posted by Nevin at 2:18 pm