Dunseverick - the Slock by the Millton

My father used to talk about his generation going to swim at 'The Millton'. I was never quite sure where that was but eventually I came upon the Milltown at the junction of Causeway Road and the road that leads down to Dunseverick Harbour at Marchfoot. 'March' here is the boundary between the townlands of Currysheskin and Templastragh. 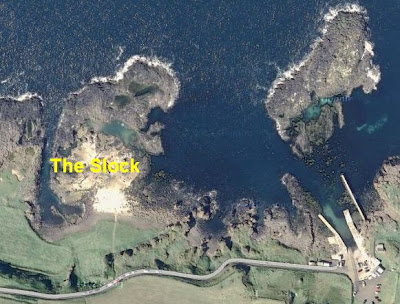 The harbour is at the bottom right and there are cars parked on the road fornenst The Slock.
[Google satellite]

More recently I came upon 'The Slock', the large deep pool where families go swimming on a warm sunny summer day; the small shallower pool to its left is called Betty's Hole. Younger folks appear to call it 'The Slots' - but what would they know :) 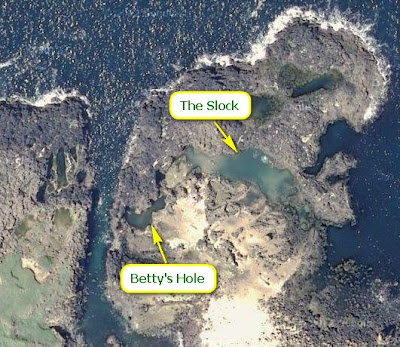 The Dictionary of the Scots Language gives a definition for 'slock': 'A creek or gully in the sea, a long deep inlet between rocks often revealed at low tide' with its origin stated as the Scottish Gaelic sloc, slochd, hollow, dell, pool. The Slock on the image has pools as well as a long inlet.

Dineen's Irish-English Dictionary: sloc, a hole, a pit, a hollow, a slough; Sloc na Mara, the channel between Rathlin Island and the mainland. 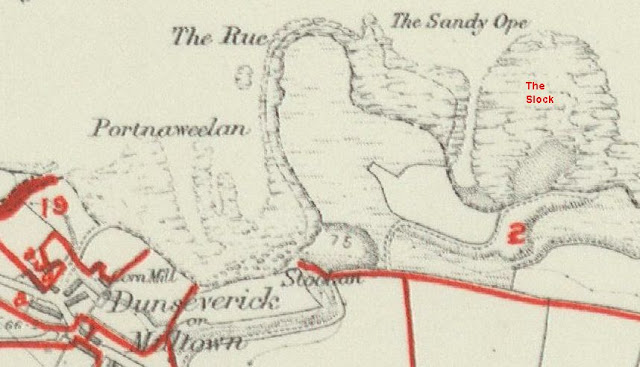